Skip to content
Homepage / Insurance / Are Annuities a “good” investment? 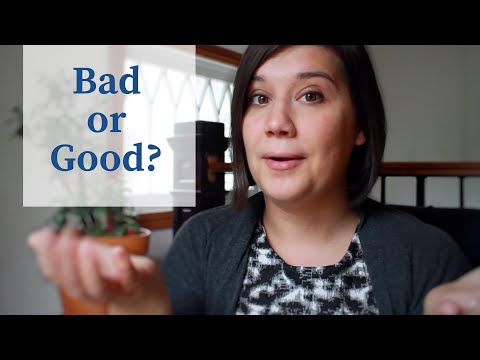 “You need an annuity!” “I would rather die than sell an annuity!” “Annuities are great!” “Annuities are bad!” Hey there welcome back to my channel. Today we’re gonna be talking about everybody’s favorite topic, annuities. Crickets? Okay fine – we’re gonna talk about it anyway though. People have been confused with annuities because there are such strong arguments on the “annuities are great” and then their strong arguments on the “annuities are bad” and so for the everyday investor that’s just trying to figure out their retirement income, this noise between the two is really frustrating. So that’s what I want to talk about today in this video. But before we get into that, have you subscribed to this channel? I encourage you to do so for weekly videos surrounding your retirement income. Annuities came on the scene as an alternative to your everyday taxable investments. So the investor who had excess income or savings that they wanted to invest, they were being taxed every single year.

And so insurance companies developed a product that could defer those taxes so that the investor could try to reach the same investment goals but not be taxed every single year along the way. But it also served a dual purpose. The initial purpose of the annuity was to create an income that somebody could not outlast. So it’s insurance against longevity. Insurance against out-living your income. Which sounds pretty good. The issue is that annuities really morphed over the years. I would say they kind of became a multi-tool of sorts. So you’d have an insurance company that made an annuity with riders that served all purposes for all people. So it might have a death benefit. It might have investment options that are not fixed. It might have an income rider. The issue with the multi tool annuity is that it became more expensive. So it could be an annuity that had internal fees of 2.5%, 3.5%, maybe even 4%. And they were being inappropriately sold. So they might be sold to a forty year old. Then last year there was the Department of Labor ruling that was starting to go into place and it really did a shakedown of the financial services industry.

The Department of Labor ruling has not actually gone into place or it has been stalled. However the effects from it, on annuity specifically, have remained. Costs were brought down, insurance companies had to be a lot more innovative with the products that they’re offering, commissions were cut so that it wasn’t inappropriately padding the advisor’s pocket. So in my humble opinion there are really two ways that an annuity can make sense for the everyday retiree. The first way that it could make sense in your picture is if you are approaching retirement. So you’re within five or ten years of retirement and you are sensing within yourself that your risk tolerance has changed. So you’re having more heart palpitations about the changes in the stock market, the chance for a market correction. And you’re not willing to weather that much of a storm. Nobody needs to be having heart palpitations or losing sleep at night over investments. So there is an annuity out there that can treat it just like investment bowling you know how they used to put up those bumpers when you were younger and you didn’t want to get a gutter ball? Same thing with this annuity.

So it’s going to cap the downside that you can have maybe to 10% and it’s going to cap the upside so you might be limited to 10% upside or 14% upside. And those annuities they can even have lesser fees attached to them. So I’m even seeing annuities with only like a 1% or 1.5% fee within it which is pretty inexpensive for that piece of mind. The second way that an annuity can be used in the everyday retirees portfolio is once they’re actually stepping into retirement and needing that retirement income. If you remember my previous video talking about retirement then versus retirement now, where retirement was a three-legged stool.

You had Social Security, then you had your company pension, and then you had your personal savings. There are some annuities that provide some pretty substantial pension like income. And there could be a compelling argument to use Social Security, annuity with, that has that income rider that you can’t outlive. So maybe a “self-made” pension rather than a “company-made” pension and then your personal savings to help you navigate retirement. Alright friends, that’s all I have for today.

Thank you so much for tuning in. Annuities are a tricky topic. Seriously there are people on both sides of the coin. You have people sitting in the “insurance silo” that say annuities are the answer for everybody. And then you have people sitting in the “investment-only” silo or then the “stock market-only” silo saying that you absolutely would never have to pay for an annuity, that’s ridiculous. I tend to sit right in the middle. I…there are some situations where I see an annuity can work for a person and can give them that peace of mind. And then there’s other situations that, you know, if somebody’s not comfortable with the idea of an annuity, there are plenty of other options out there. If you are considering purchasing an annuity today, maybe somebody has presented one to you. Have that annuity in one hand and an alternative stock market-only investment in the other hand and weigh out the pros and cons.

Which Annuity is Best for Me? | Save Money Tricks |